[Guide] MediEvil | Location of All Chalices 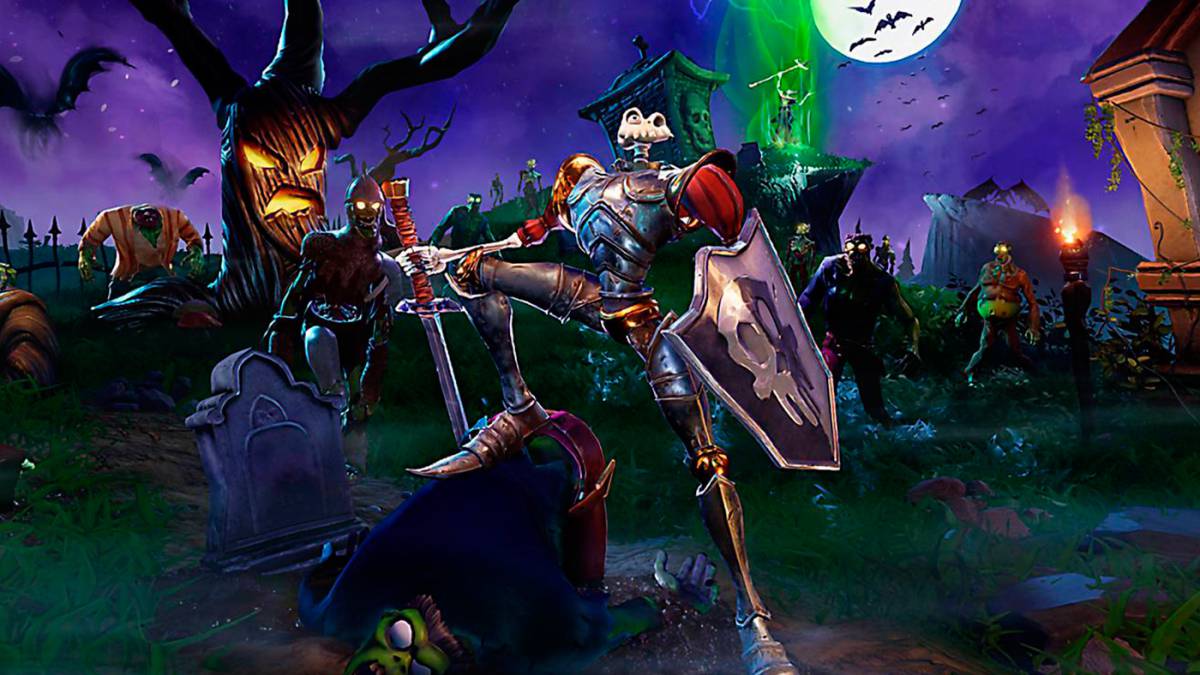 MediEvil PS4 Remake | Location of all Chalices | MediEvil has 20 Chalices. Finding all the Chalices unlocks the King of Cups trophy and unlocks the secret final for 100% completion.

Chalices are a type of collectible item in MediEvil. Almost every level of the game has a chalice. You must first fill the Chalice by killing enough enemies in the level. You can see the completion status in the upper right corner or when you press the touchpad to open the inventory. When it is 100%, you must locate the Chalice and collect it. Then you must finish the level. Chalices are considered to be taken only when the level is finished. If you leave the level, your progress will not be saved and you will need to pick up the Chalice again.

MediEvil PS4 | Where to find all the Chalices

Chalice n. 1 - The cemetery
After the first green health fountain, you will have to open a large wooden gate with a rune (to the right of the health fountain). Behind this gate closed by a rune there are many enemies and a statue representing an angel. There are also books that you can read in this area for tips, indicating the angel. The chalice is behind a gate to the right of the angel statue. Simply attach the angel statue to turn it towards the gate, then it will open. Remember that you must first fill the chalice by killing enough enemies. This means that you have to keep playing until the chalice is full, so take a few steps back to get the full chalice.


Chalice No. 2 - The cemetery hill
When you climb the mountain with the rolling rocks, jump from the left side into the area below. There are 2 enemies and a chest there. Inside the chest you'll find a cudgel. Use the club to destroy the big rock on the right side of the level, behind that rock you can enter the witch's cave. At the end of the cave, break the shelf with your weapon, behind you will find a ritual room with fire. Press circle to stretch your stick and burn it, then run quickly to the prison cells in the witch's cave and hit the stone in the middle of the room to set it on fire. Then the prison cells will open and you can find the chalice inside them. All enemies on this level are in the starting area or inside the witches' cave.

Chalice n. 3 - The Mausoleum on the Hill
In the room where you find the blue rune (moon rune), you can open a door to its right. There you see a ghost playing the piano. The chalice is behind a secret door in the piano room. To open it, we have to get the sheet music. Go back to the cellar where you come from with the stained glass windows is a red window where you can use the lunar rune. The sheet music is there. Be careful. As soon as you pick it up, the floor will crumble. Go back from the ghost to the piano, press the touchpad and select the score (you have to stay very close to the ghost). After you hand him the sheet of paper, the secret door opens. By now, you should have easily met all the enemies in the chapter.


Chalice No. 4 - Return to the Cemetery
You will actually come across this Chalice automatically. After opening the door with the skull key, you must take a yellow rune and enter an underground section. The chalice is in the middle of the subway. But the most complicated part here is killing all the enemies. There's a path left and right underground. You have to take a path to kill all the enemies there, then go back and take the other path. All other enemies are located BEFORE entering the underground section where the chalice is located. Important: When you take the road left and right, you should push a block of stone but DO NOT do it again! If you go too far, you can't go back.

Chalice No. 5 - The Enchanted Earth/ Ant Caves
First you have to get the Chalice #2 in "Cemetery Hill". In the same place where you got that chalice (prison in the witches' cave) you can find the witches' talisman. Make sure you have it in your inventory. Then at the beginning of the level "The Enchanted Land" take the path on the left to find the Cauldron of a witch. Stay very close to it, open the inventory with the Touchpad and use the Talisman. Then a witch appears offering you a quest, make sure you accept it. It shrinks you and takes you to an ant cave. Destroy the first wall on the right with a stick or hammer (if you don't have one, you'll find a stick right next to it. Behind the wall you meet a Fairy, who tells you to save 6 more Fairies. These are scattered all over the cave - they are hidden behind glass "windows" Scarecrow Fields
In the last rotating trap before the end of the level, there is a secret side path. Enter, take the thresher mechanism, then go back to the blocked barn (after the 2 Mecha). Destroy the chest behind the barn to free a snake that kills enemies for you, then kick the cart behind the barn. This allows you to enter the barn through a crack in the wall. Jump over the hay sheaves to reach the lever at the top, release the lever to drop the thresher, stand next to it, and insert the mechanism you picked up earlier. Now the machine will cut a path outside, at the end of that path you can find the chalice.


Chalice n. 7 - The throat of the pumpkins
At the beginning of the gorge of pumpkins, take the first path on the right. It leads into a tunnel. At the end you will reach an area with 2 pumpkin plants and a brick wall. There is a club in a box here, use it to break the brick wall. Behind the brick wall there is a tunnel that leads to the chalice. You have to advance through the level until you have defeated 100% of the enemies and then go back to the beginning.

Chalice n. 8 - The pumpkin snake
Simply defeat the Pumpkin King boss in this level, then a secret well opens at the beginning of the level (it was closed earlier by the roots). Now you can jump down the well and find the chalice there.

Chalice No. 9 - The Sleeping Village
Avoid killing the villagers on this level. Kill the Guards that are generated only after you have recovered the golden bust. The Chalice is located behind a brick wall in the fenced area where you go after placing the crucifix in the church (a stage in history you can't miss). Play until you reach the exit of the level (which is guarded by 4 Guards). After killing them, step back towards the fenced area where you pulled the lever that opened the level exit (house where you had to fall through the chimney), next to that house there is a brick wall that you can destroy with a hammer / club. Behind the brick wall is the chalice.

Chalice No. 11 - The Basement of the Asylum
This chalice is located near the exit of the level, where you collect the green rune. Impossible to miss.

Chalice n. 12 - The Enchanted Land (second visit)
First you must obtain the "Shadow Talisman". It is in the safe of the mayor's house in "The Sleeping Village" (the security key is in the church). After obtaining the object, place it on the door of the hatch at the level exit of "The Enchanted Land". This leads to a cellar with 4 runes on the floor, step on them in the following order: Orange (Fire) - Yellow (Spiral) - Green (Waves) - Blue (Tree). This will release demons around the level, kill them all, then go back up to the cellar with the 4 runes to find the Chalice there.

Chalice No. 13 - Swamps of the Living Dead
The Chalice is located in the area of the swamp where you need to find the 8 lost souls related to history. Make sure you kill all enemies as you cross the level. The last ones will be generated after you find the lost soul locked behind the door of the red rune.

Chalice n. 14 - The lake
The Chalice is in the underwater section after jumping down into the frozen hot tub. You won't get enough kills when you reach it, so proceed to the next section, kill all enemies there to fill the Chalice 100%, then go back.

Chalice No. 15 - The Crystal Caverns
Found at the beginning of the level on the left side. Kill all enemies in the level and then go back.

Chalice No. 16 - Gallows' Throat
After going through the flames that require dragon armor, step on all 4 floorboards to open the doors in the area (you must have defeated the dragon boss in the previous level "The Crystal Caverns" to get the Dragon armor). Then go back to the beginning and another platform will now be accessible behind a previously locked gate. Climbing on it opens the gate to the Chalice. You will find the Chalice in the middle of the area. Kill enemies at the exit of the level to fill the Chalice 100%.

Chalice n. 17 - The haunted ruins
You have to save the 3 farmers in the yard. To do this, kill the demons quickly before they hit the platform near the farmers. You can simply use the shield to reach those demons and attack them with the sword (the Magic Sword is the best). Then you have to equip the Hammer weapon. Now put out the fires. Then you can step on the platform to free the farmers. Kill the rest of the demons during the level. The chalice is located exiting the castle, in the area to the left of where you saved the farmers.

Chalice No. 18 - The Ghost Vessel
Just before the boss, there are some rotating platforms that move in a circular motion. Jump on these mobile platforms and enter the elevator suspended there. After reaching the top with the elevator, you can find the Chalice on the left. You have to kill all the blue pirates (white skeletons are not needed to fill the Chalice).

Note: The trophy will not unlock immediately after finding the 20th Chalice. You still have to finish the level, enter the hall of heroes and redeem a chalice on the statue behind the door.

Audio Video [Guide] MediEvil | Location of All Chalices
Do you want to know all the tricks and guides for your video games? Videogamestricks.com is a group of video game fans who want to inform you about the best tricks, secrets or advice. We offer quality content to be a source of useful information, so here you can find guides, tricks, secrets and advice so that you can play without any problem. Are you ready to get what you want? Enter and enjoy your video game to the fullest!
[Guide] | MediEvil Location of all Weapons ❯

Spider-Man - Guide to How to Make a Perfect Dodge

Fallout 76 Guide: How to Trade With other Players

Add a comment of [Guide] MediEvil | Location of All Chalices