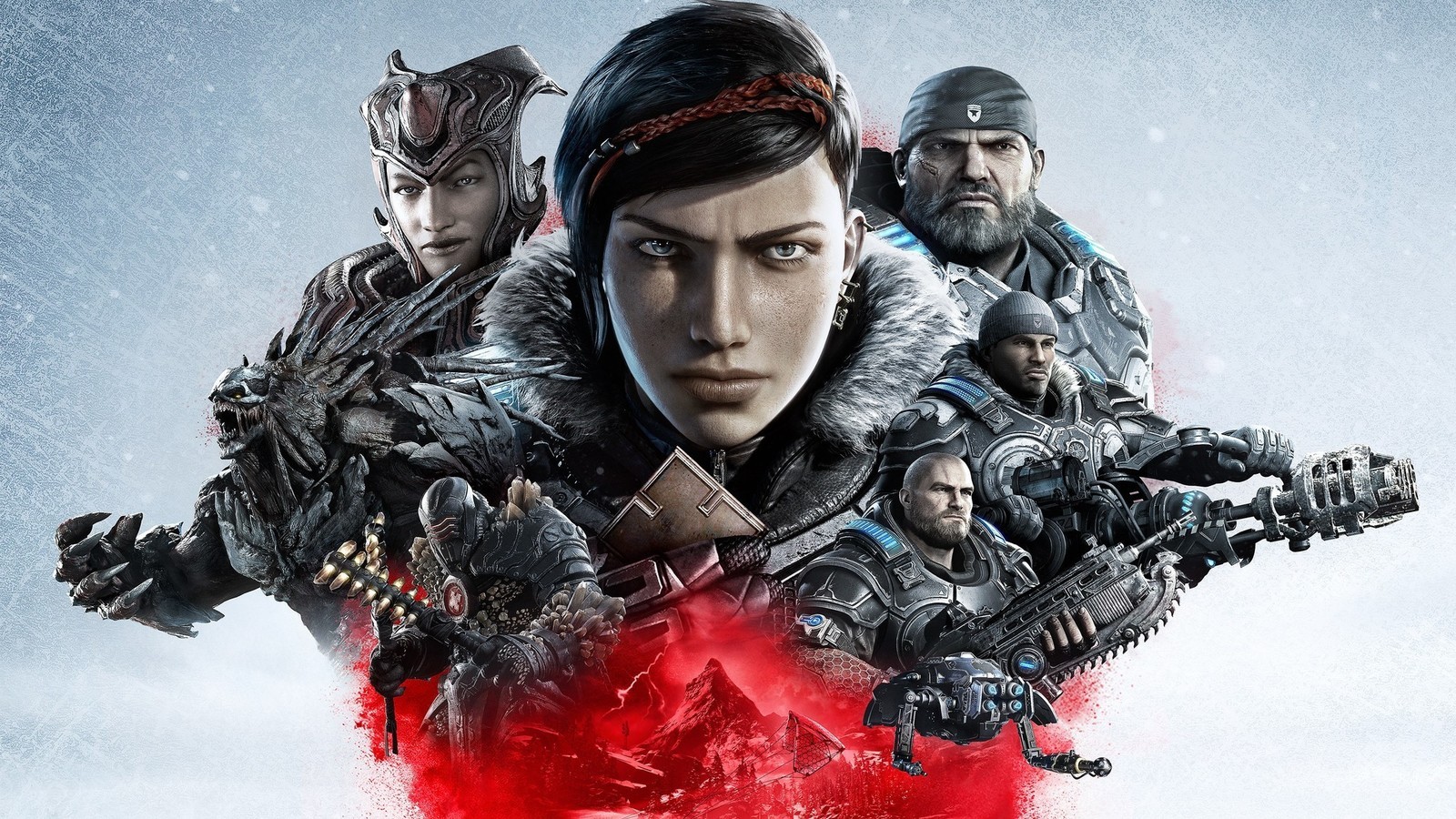 Guide Gears 5 : location of the Weapons Relic | Gears 5 has an impressive arsenal of weapons to bring down the Locust Swarm, the main enemy since the beginning of the series, but there are also weapons hidden throughout the game world that will give you even more firepower if you can find them. These weapons are called Relics and are to all intents and purposes secret weapons that provide more power and reliability than standard weapons.

Some of these relic weapons offer unique buff that can make your journey easier and more fun. While searching for relic weapons, keep in mind that they are usually marked with a Crimson Omen (the Gears logo) nearby.

Finding these weapons also affects your objectives, in fact, once you've found the relic weapons in Gears 5 , you can get the relic hunter achievement by equipping three at a time and killing an enemy with every secret weapon found in the game.

In the game there are 17 relic weapons. Here are their positions.

The complete guide to know the exact location of all relic weapons present in Gears 5 .

Gears 5 | Where to find all the Relic Weapons

What it does: it fires slower than the standard Enforcer machine gun, but it inflicts much more damage.
Where to find it: just before opening the northern passage in Chapter 2, you'll find it on the left side of the cliff nearby.

What it does: It gives you an extra bullet in the barrel when you perform a perfect reload.
Where to find it: near where you picked up the Missing Outsiders mission in Chapter 2, outside New Hope, inside a red shack.

What it does: better handling and more accuracy when shooting from the side.
Where to find it: Locate the location of the Condor crash site closest to the east tower substation and you will see the Boltok relic located under the ice bridge.

What it does: Increase the magazine size by three bullets.
Where to find it: near the north tower substation in chapter 4, against the wall in the space between the two generators.

What it does: It launches a barrage of cryo bullets that freezes the enemies.
Where to find it: While looking for the "Source of Everything" signal in Chapter 4, keep an eye out for a pile of ice with the Crimson Omen on it. The Dropshot is right behind it.

What he does: Shoots arrows faster than the standard Torque bow. Although they are not explosive, they still inflict considerable damage.
Where to find it: from the abandoned mine on the southern edge of the valley in Chapter 4, follow the dirt path through the trees rather than the main path. If you enter through the main gates, it is the path to your right.

What it does: fires explosive rounds that trigger explosions in the surrounding area to hit multiple targets.
Where to find him: Go northeast from the Old Cog Wall until you reach the northern end of a small pond. Just to the west, there is a tree next to a massive stone formation with the Retro Lancer Relic leaning against it.

The relic weapons are secret weapons that represent an upgrade to the standard weapons in the arsenal that can be used in the fifth installment of the Gears series.

What it does: The execution of a perfect recharge guarantees greater damage and a controlled recoil.
Where to find him: at the abandoned airport in the northwest, against a building along the outer fence.

What it does: performing a perfect recharge increases the speed of fire.
Where to find it: under a bush next to a lone tower northeast of the cosmonaut training facility.

What it does: It fires longer bursts with subsequent trigger stress.
Where to find it: looking at the map, directly between the icons "Ruins of the city" and "Aqueduct", you will find it in a stack of boxes next to a corpse in a dead end between a fence and a low building.

What it does: it guarantees a prolonged automatic fire when the trigger is held down.
Where to find it: in the trunk of a car in a parking lot north of the pumping station.

What does he do: he fires 2 shots at the same time and more precise
Where to find him: on a cliff southeast of the hangar against the wall of a building.

What it does: it guarantees automatic full fire when you hold the trigger.
Where to find it: near a large rock near the Train Bridge, northwest of the Bridge Control House.

What it does: it fires a single shot that inflicts massive damage.
Where to find it: along a high rock face west of the nomadic convoy, directly north of the Water Tower. Keep an eye on the Crimson Omen and head for the cliff to his right.

What it does: it charges slowly, but fires an extremely powerful shot.
Where to find it: in a knocked down Condor at the southeast end of the map, west of the train.

What it does: melee attacks stun enemies, preparing them to be dismembered with the chainsaw.
Where to find it: southwest of the railway bridge, just below the remains of the cargo. You'll find it in a space between two rusty metal barriers.

What does it do: Alternative fire that launches a grenade that explodes when enemies are nearby.
Where to find it: in the valley, under the roof south of the Water Tower and west of the Cosmonaut Training Facility, near the base of a pillar.

Tips and Tricks for XBOX ONE Video Games

This work is under a Creative Commons Attribution-NonCommercial-NoDerivatives 4.0 International License. 2020 / videogamestricks.com
X

Vermintide 2: How to Extract and Apply Illusion Weapon